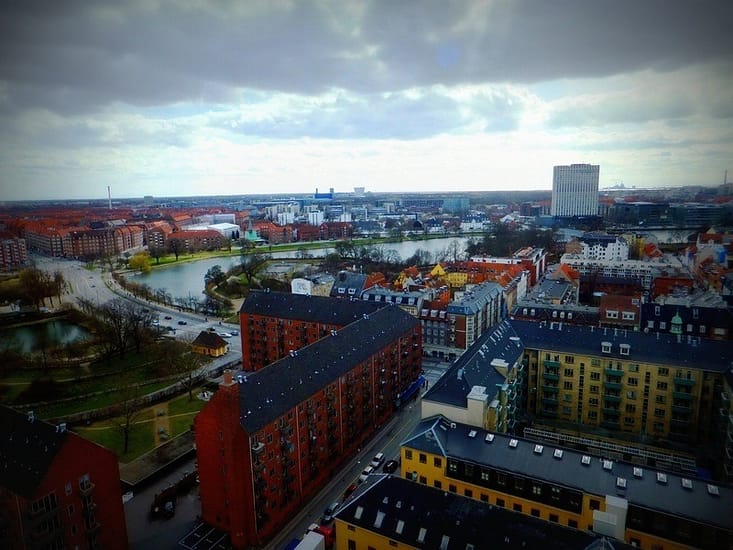 It’s usually more economically feasible to travel by land to countries bordering the one you’re in now.  So why did I go from Italy straight to Denmark? Top Gear Live. A 90 minute live show from the hosts of my favorite TV show – Top Gear. “You flew across the continent for a 90 minute show?” 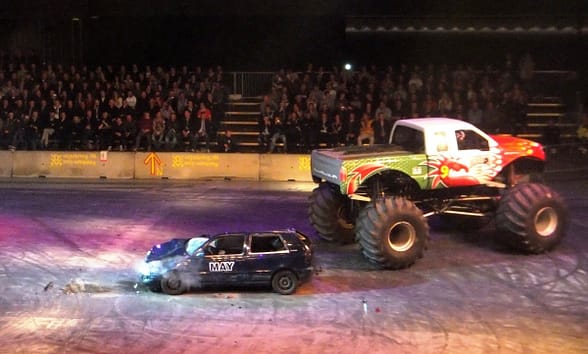 But I’m going to spend a bit of time here in Copenhagen, I actually quite like it. It’s got a cool vibe, the people are very friendly, the women are invariably gorgeous, and although the official language is Danish (which is cool-sounding,) I haven’t met anyone here yet who doesn’t speak English just as fluently as most Americans.

Despite hosting a Top Gear Live show, this is not a place for car lovers. Denmark imposes a crazy 200% tax on cars, meaning a regular $30,000 car in American will cost the equivalent of $90,000 in Denmark. No wonder there are no fancy cars around here, and it seems like Copenhagen might rival Amsterdam in their use of bicycles. Luckily there’s a fantastic infrastructure for bikes here, and since the city isn’t very geographically large, riding a bike is the best option for both locals and visitors. Best part: you can rent a bike for free anywhere in town via Copenhagen’s Bycyklen Kobenhavn program. Just show up at one of the 125 bike parking centers around town, leave a 20 kroner (about $3.50) deposit, and take one of the 1,300 bikes to explore the city. Return the bike to any of the parking areas, and get back your deposit. Just make sure to stay within city limits.

Visiting Copenhagen in early April may not have been the best choice in season, though. The first few days were fine, but the next week got increasingly cold, mostly due to the knock-you-on-your-ass heavy wind that the city is known for.

On one of the nicer days, I met a group of people at town hall for a free walking tour of Copenhagen, which I highly recommend. The tours are tip-supported, and the guide on this tour really knew what he was talking about. I like these tours; you get to walk the whole way, learning about the history, and also get to know the city a bit so you can more easily explore on your own. On this tour I met a great Australian couple traveling Europe who I ended up becoming quite good friends with and hanging out with a couple times since, and plan to visit when I’m eventually down in Australia.

If you’re visiting Copenhagen, one cool area to check out is Stroget – a very large pedestrian street with all sorts of shops, eateries, and pubs. A good area to hang out and people watch, shop, or whatever. Walking up and down the water is cool, making sure you stop by the Little Mermaid statue to watch people crawl all over it and take pictures, walk through the Kastellet fortress, and relax in the Rosenborg Palace Garden. As usual, the best thing to do is just walk and get lost. Also make sure to stop by a stand and pick up a Danske hotdog:

The first few days in Copenhagen were spent in Generator Hostel, which was more like a hotel than a typical hostel. I can’t decide if that’s a good or bad thing, but they had a good bar with food and a happy hour, nightly specials and parties, an excellent common area, and it was unnaturally clean for a hostel, if you don’t count the sick mess a few drunken frat boys left on the stairs and floor the last night I was there (they were removed from the hostel.) The Generator was in a great location right in the middle of town, which made it easy to get anywhere. The extra 55 kr ($9.80) for the basic breakfast was a bit much. The next few days were spent in the Sleep in Heaven Hostel, which had a few more of the typical hostel quirks I’m used to, such as having to trek to a different building and through three locked doors and a gate to get to my room every night, and charging extra for linen, which is typically included. A good hostel overall though, with a friendly and personal staff, beer served until 2, and a hipster-feeling common area. Breakfast was 40 kr ($7.10) there.

My last few days in Copenhagen were spent at a couchsurfer’s flat a bit outside the main area of town. Rusmus was a good host – although he worked during the day (which allowed me to get some work done,) we went out in the evening and met some of his friends, saw Hunger Games (it was OK,) and had dinner with a group of friends who had to practice their English on my behalf, and turned out to be a great group of people.

Check out a crapload of images below. Off to Berlin!