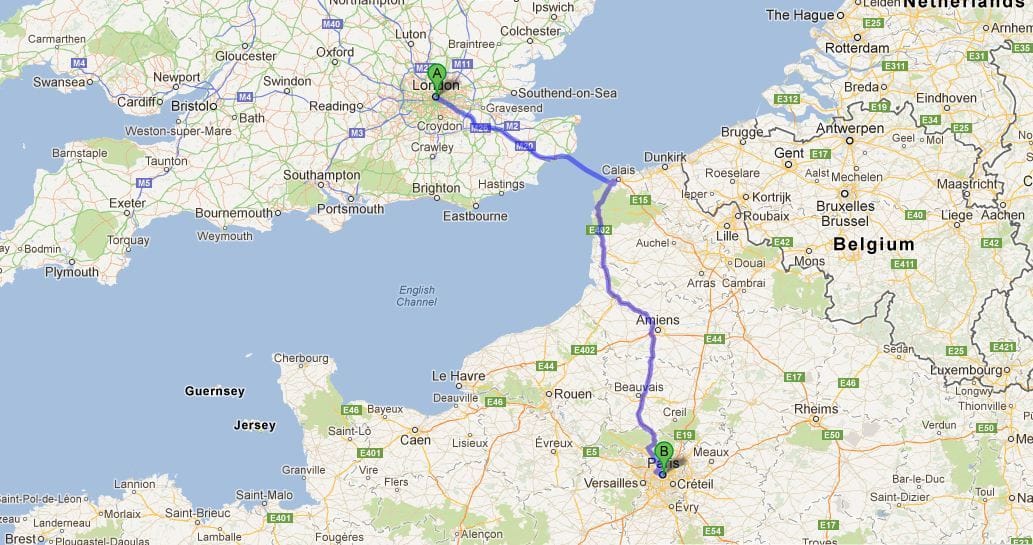 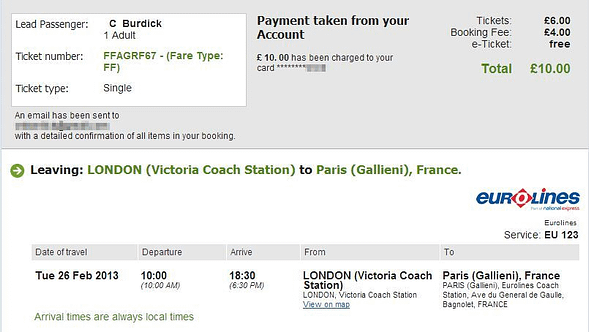 And so the time has come. I’ve been in London for exactly two months, and I’m coming awfully close to my one-year anniversary for this trip.

I just booked a ticket, as you can see, for Tuesday to ride from London to Paris on a bus. That’s a 7.5 hour ride. On a bus. Without cigarettes, cramped up next to smelly people. Why in hell would I do that?

Well first, I’m actually in a bit of a time crunch and can’t be quite as flexible as I usually am. More on that in a bit.

The bus ride with National Express cost a total of £10 as you can see in the screenshot above, and takes 7.5 hours (one hour time difference, remember.) I could have flown easyJet for £51 plus fees, but that would have taken longer than 7.5 hours if you consider all the prep/security/transport/crap you have to go through when you fly plus the checked baggage fee (I know I’m not a real backpacker if I have to check a bag, blah blah) and the reduced life span due to stress. That’s why I prefer land travel. So, I could have taken a train for £60 or £70 maybe if I found a deal. But that’s £60-70, fuck that. Carpooling? That’s an option, but still £30 or so and no savings on time.

In all reality I would have preferred a train. I fucking love trains. But again, £70 just isn’t worth it to me in this case, and the day (2 days away) is rapidly approaching, so deals are less likely to be found. In fact this £10 fare was the only one for days on either side, and is likely going to be packed. Fares just an hour later for the same route were £30.

But why am I going?

It’s been almost exactly one year since I set off on this trip, and I started off at the 2012 Geneva Motor Show. Why should I miss it? I’ll spend a few days in Paris, then head off to Geneva. Now that’s going to be a shitty mission.

Will I be back in the UK? I certainly hope so. I still need to see Scotland, Ireland, Iceland, and more of Wales, and I’d like to go back to Liverpool on the way up. Plus, there’s still so much to do around England, and Mary is here.